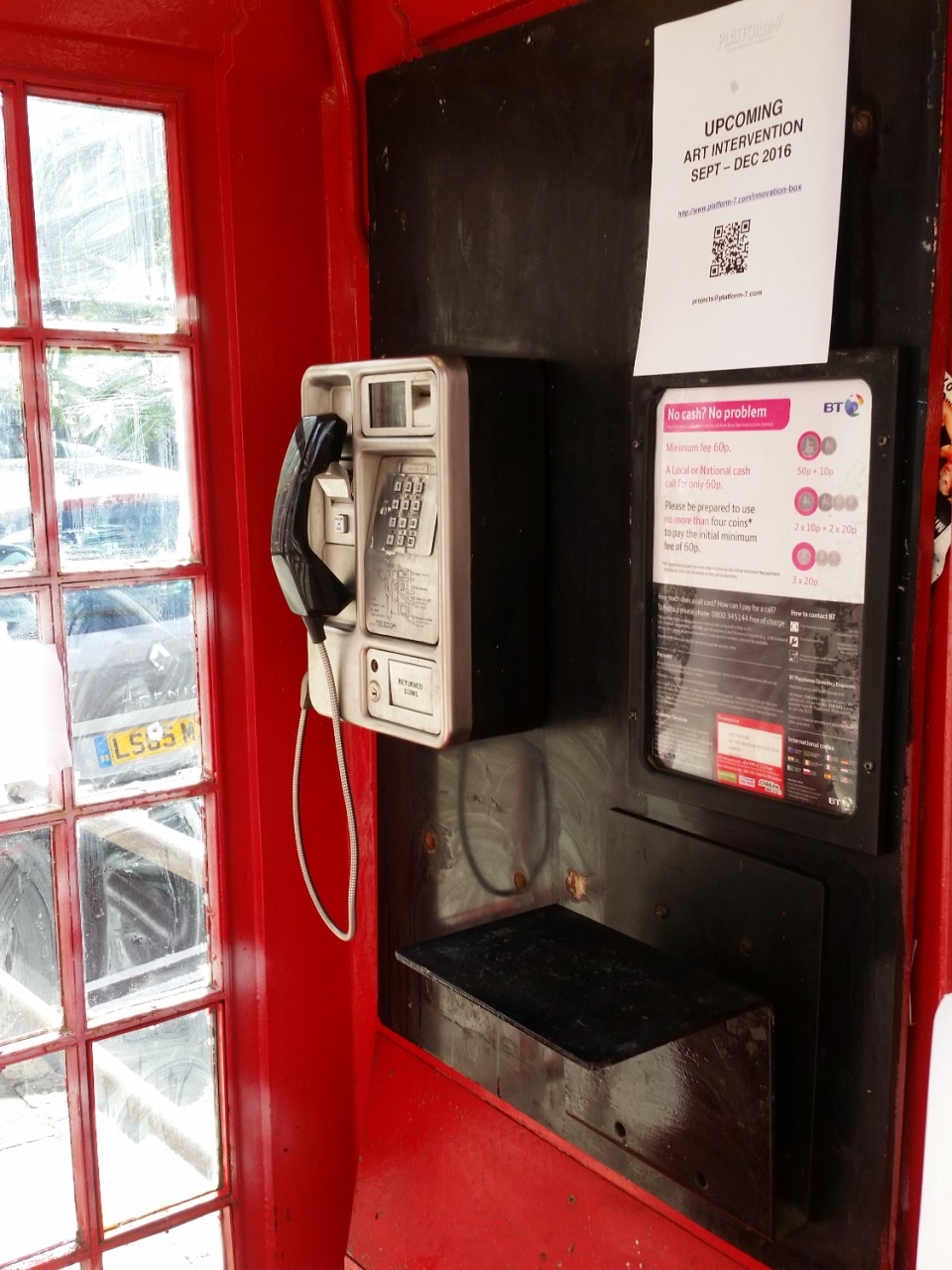 News from Platform-7 events, art interventions and other news during 2016

Platform-7 network began forming in 2007 with events in Hilly Fields in Brockley, London, SE4, spinning out of Moonbow Jakes Coffee Bars. After 10 years of large scale interventions and research, founder John McKiernan has made the decision to wind down active event organising.

The Twitter account will continue to retweet and announce events of artists who formed part of the network.

All the ‘Latest News’ from 2011 onwards can be viewed here.

Thanks to everyone for the support and contribution over the last decade.

30th October 2016: Informed that ESRC has awarded Prof. Loretta Lees a grant to assess gentrification in London. Platform-7 submitted support for this award in 2015 and invited to be part of project.

12th October 2016: Installation of A Penny For Your Thoughts telephone book by Dawn Cole installed into telephone box.

12th October 2016: Installation of A Penny For Your Thoughts telephone book by Dawn Cole installed into telephone box.